We can’t speak 100 languages. We can do the next best thing: align our brains in the thought patterns, progressions, and images those languages produce. We can read books in translation. And that’s why we started the Grackle and Grackle Book Club. Join us in the discussion of (mostly) contemporary books-in-translation. 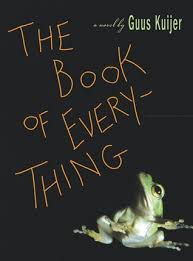 The Book of Everything.

The Book of Everything
by Guus Kuijer.
Translated from the Dutch by John Nieuwenhuizen.
At no risk of hyperbole, this lives among the most perfect, most sparkling books I’ve ever read. While it is a YA book, it deals with issues of abuse. But it is also a happy book, a sort of impossible book I love. It is timely. 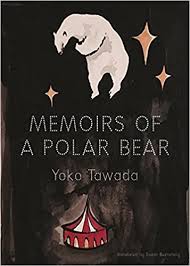 Yoko Towada wrote Memoirs of a Polar Bear in Japanese, then translated it to German. Susan Bernofsky

translated it into English. Towada blurs the lines between animals and humans, freedom and imprisonment, mothers and children in her quest to discover what it is to live. It is slim, but it took me a long time to read. Precocious teens may like. Here is the link to the New York Times Book Review of it. 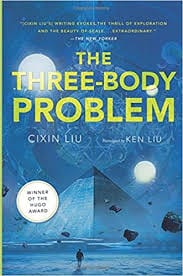 This book club selection is the harks-back-to-the-golden-age-of-sci-fi epic novel from Cixin Liu. President Obama called it “wildly imaginitive” in his interview with the New York Times Book Editor. It is a page-turner full of empathetic characters and big questions, winner of the Hugo Award, and just what you want to kick off the summer with. A good beginning for the summer reads.The Three-Body Problem was written in Chinese by Cixin Liu, and translated to English by Ken Liu. Read more about it here.

Head of the Saint was written by Brazilian writer Soccoro Accioli, and translated from the Portuguese by 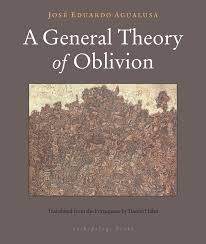 Daniel Hahn. It tells the story of a young boy on a quest to find his family in a small village after the deat of his mother. I’ll post a full review in a couple weeks, until then this is a nice start. This is a YA novel adults will also love.

A General Theory of Oblivion was written by Angolan author Jose Eduardo Aguilusa, and is also translated by Daniel Hahn. It recently won the Mann Booker Prize. Read more about it here. 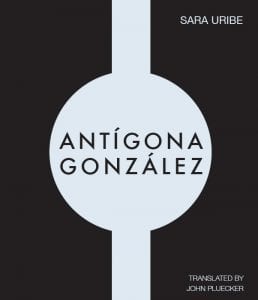 Antígona González is a novel in poems, written in Spanish by Sara Uribe and translated by Houstonian John Pluecker. It tells the story of a woman looking for the body of her disappeared brother, and it was longlisted for the Best Translated Books Award in 2017. Read more about it here. Hopefully, he’ll join the book club and talk translation with us.

Payment Information: We’ll have a donation jar in the room where you can pay a suggested price of $10 a class; if you can’t pay, or want to donate less, that’s okay. We want you here! In either event, if you intend to join sign up at the link below. It will collect your information and help us plan, but not charge you anything!